Today I tried again, with much more success.  The recipe I used was once again from the King Arthur Flour Baker's Companion book.  It was surprisingly simple and not horribly messy, which is always a plus.  Anywho,  here they are! 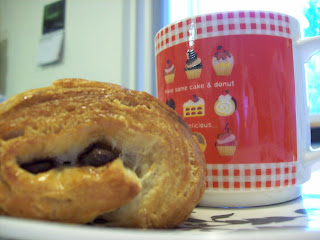 I failed to take pictures of the making of the pastry dough,  let me just say it involved a giant square of butter and lots of rolling out and folding etc.

Here's the dough when I took it out of the fridge this afternoon all nice and puffed up: 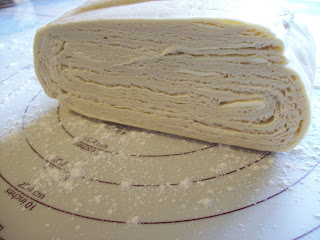 Mmmmmm, you can even see little slabs of butter sticking out there  :D

So then that dough was rolled out, trimmed, and cut into small rectangles.  I decided to make chocolate filled croissants. 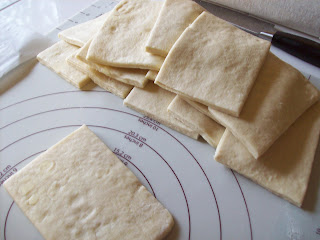 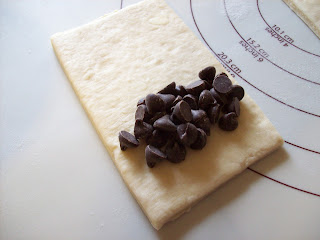 Roll 'em up and put them on a parchment covered tray and let 'proof' (or rise) again.   Then a little egg brushed on top and into the oven! 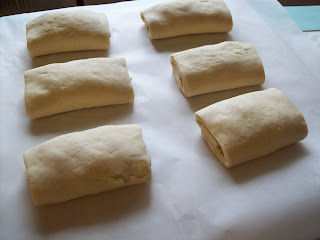 I made some with chocolate chips and a few with nutella, and they are lovely and flaky and soooo delicious.  Basically my home smells amazing right now. 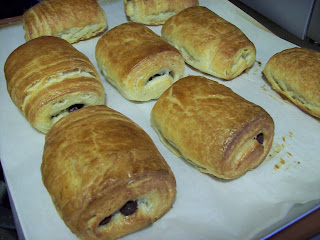 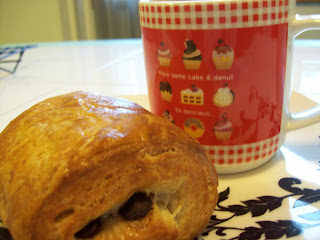 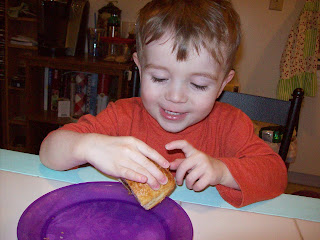 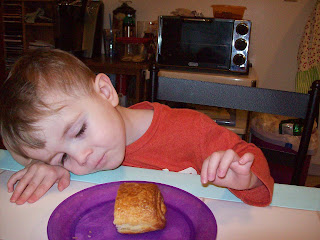 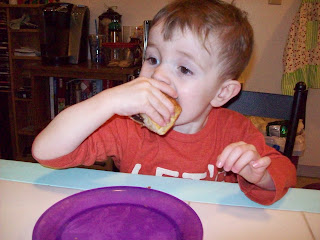 Toddler approved of course :)
Posted by Alison at 6:12 PM