I made a new recipe this week!  It has been a really long time, and I am sorry for that, but you know I can't be creative in all areas all the time. Sadly.  Anyways, this recipe was inspired by something I saw on a desert menu at a little cafe in Seattle. They didn't actually have any left so I couldn't try it, but I haven't been able to stop thinking about it. And so, I made up my own version.  So now, let me share with you my pretty, simple little almond cake :) 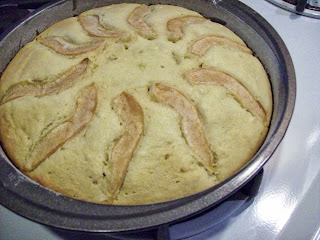 To make this you'll need:

In the bowl of a mixer, combine butter, shortening, almond paste, baking powder, sugar, salt, and vanilla.  Mix it for a couple minutes, it starts to get a bit sticky. Make sure to scrape down the sides a couple times. 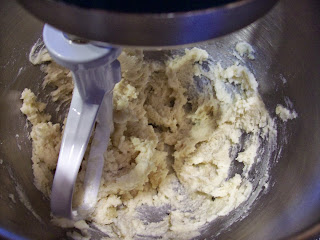 Add the eggs one at a time, beating after each. 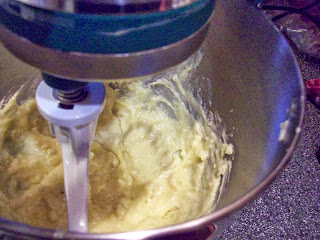 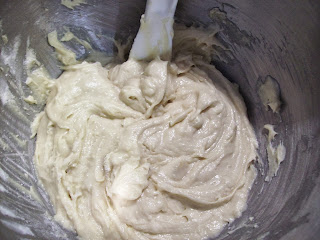 You should have a pretty thick batter.

Pour the batter into a 9 inch round baking pan that has been oiled, floured, and the bottom lined with parchment. 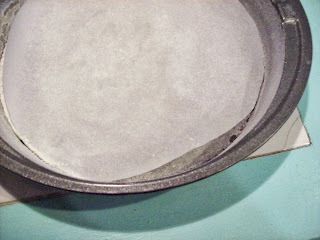 Spread the batter out in the pan so the top surface is reasonably flat.

Now peel, core and slice the pear into very thin pieces.  I used about half of a pear, which meant I got to eat the rest.  No complaints here. 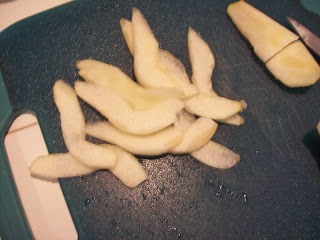 Now lay the pear slices on top of the batter in the pan in any lovely design you choose! 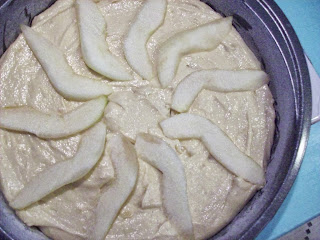 Now pop the cake in the oven and bake at 350 degrees for 30-35 minutes or until a toothpick inserted in the center comes out clean.

When it is done, let it cool in the pan for a little while before digging in!  This cake is moist and dense but still fluffy, and very almondy.  It's kind of like just eating the middle part of an almond filled croissant :) 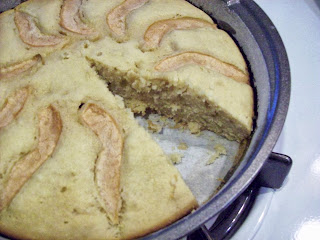 My strange child decided he didn't really like this for some weird reason, but that means more for me!  Time to break out the Wii fit again...

Anyways,  I'll leave you with a preview pic of his Halloween costume instead of a toddler approval photo. 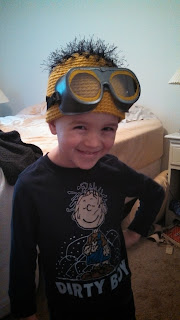 
*edit: I forgot to include the amount of flour in this post originally! Ooops! It's in there now.
Posted by Alison at 9:32 PM